This is Linux Mint 17.1, codename Rebecca. 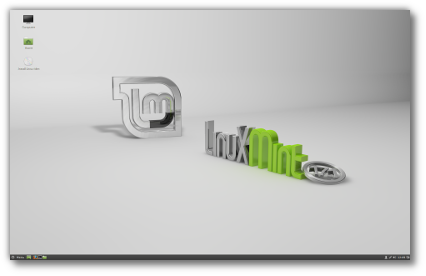 Cinnamon 2.4 uses new schemas for keybindings. If you're upgrading from an earlier version, you can migrate your old keybindings by running the following command:

In 64-bit, if you're experiencing issues with Skype, install the package "ia32-libs".

HiDPI is detected automatically. You can however force Cinnamon to run in low or in high DPI mode by going to Menu->Preferences->General.

If your system is using secureBoot, turn it off.

Note: Linux Mint 17.1 places its boot files in /boot/efi/EFI/ubuntu to work around this bug.

When using the option to encrypt the home directory, an upstream issue in the installer results in the Swap partition not being configured properly.

Click here and here for more information on this bug.

If you're still having issues, you can also remove "quiet splash --" from that same line.

Alternatively you can use the "nouveau.noaccel=1" boot argument.

Once the system is installed, use the Driver Manager to install the nvidia-304 driver.

To boot Linux Mint 17.1 on CPU which do not officially support PAE (Pentium M processors for instance), please use the "Start Linux Mint with PAE forced" option from the boot menu.

Note: These issues do not affect the KDE edition. A regression in KDE 4.14 prevents these applications from working fine out of the box outside of KDE.

If you own an AMD CPU with an MSI card and your computer keeps rebooting, please check the following bug report: https://bugs.launchpad.net/ubuntu/+source/linux/+bug/1309578