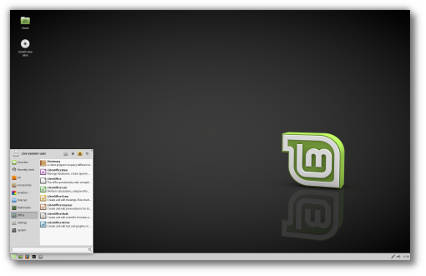 The Whisker application menu was upgraded to version 1.6.2.

Categories can now be navigated with the keyboard.

Programs show their description in a tooltip when hovered.

The menu now features web search actions. For instance you can search wikipedia by typing "!w something".

Xed, the text editor, was given a brand new search bar.

When searching, the text is no longer obstructed by a dialog box. Instead, the search bar appears at the bottom of the editor. 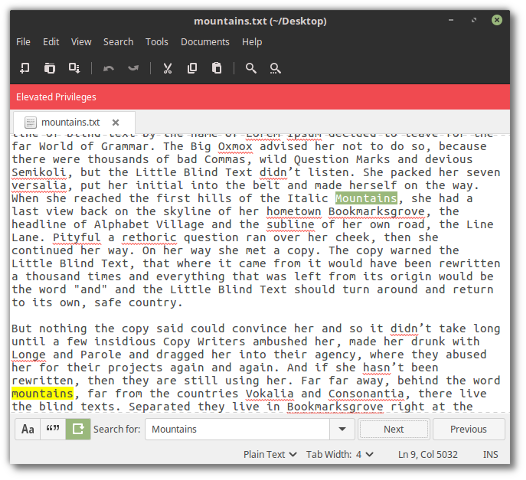 The search finds results while you are typing and you can jump from one result to the next by pressing Enter.

This makes it much easier and faster than before to find or replace something.

You might be used to this kind of search already, as it is used in other popular applications such as Firefox, Eclipse or Sublime (which it was inspired from).

Note: The screenshot above shows Xed running as root with the Mint-Y-Darker theme to highlight this.

Xplayer, the media player, was given the availability to blank other monitors.

Blanking the other monitor in Xplayer

If you have more than one monitor, you can now press the “Blank Other Monitors” button when playing a video in full screen. Your video will continue to play and all your other monitors will turn black.

The blanking can be toggled back and forth and automatically stops if you leave fullscreen or close the player.

You could already do this by switching monitors off manually, or by closing laptops lids, but that was troublesome for some people because of power management settings, the settings daemon reinterpreting your monitor configuration (thus moving your windows) or in the case of issues with energy saving (that’s common on Dell monitors for instance).

Xplayer is now fully compatible with EXIF orientation tags. In other words, it will now automatically detect and automatically rotate videos which were captured sideways or upside down.

The rotation plugin is now enabled by default, so you'll also be able to manually rotate videos out of the box. Just press Ctrl+R or click on "View -> Rotate" to rotate a video.

The subtitle plugin is now also enabled by default. If you're watching a movie and you want subtitles for it, just click on "View -> Subtitles -> Download Subtitles". 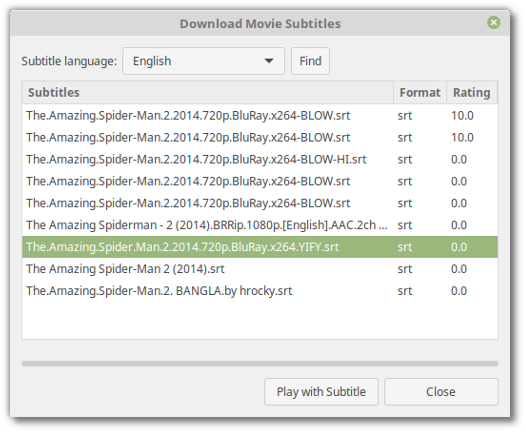 Other improvements given to Xplayer include:

Interpolation was improved in the XViewer image viewer, reducing pixelation and aliasing in zoomed pictures.

The ability to rotate pictures was provided by a plugin. It is now part of the core application.

The Xreader PDF and document viewer received many bug fixes and improvements which were backported from Evince and Atril.

New libraries and resources were made available to help cross-desktop development, not only in X-Apps applications but also in other projects.

For example, Xplayer's ability to blank other monitors isn't implemented in Xplayer itself, but in libxapp, and this feature is available to other applications.

Part of the keyboard layout management in Cinnamon 3.2 is implemented in libxapp too, and that also is available to other applications or other desktop environments. 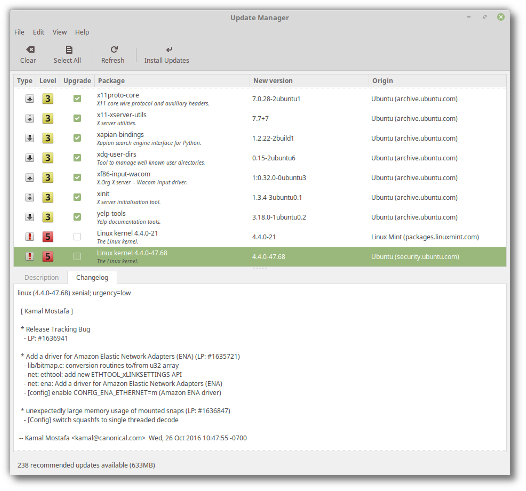 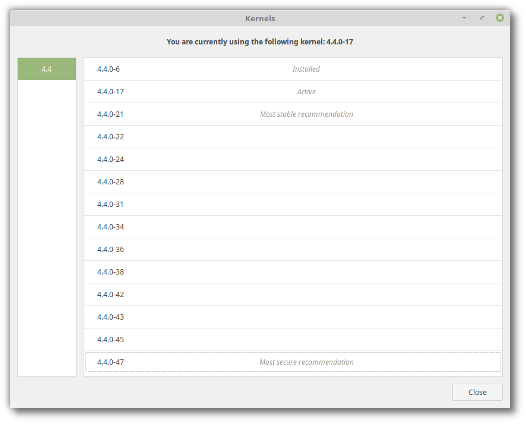 The Language Settings checks are more exhaustive than before. In previous versions, full support for a particular language included its language packs and localized versions of popular applications such as Thunderbird and Firefox. This now includes a lot more packages such as dictionaries, help packages, fonts, and optional components which depend on the list of applications you installed. 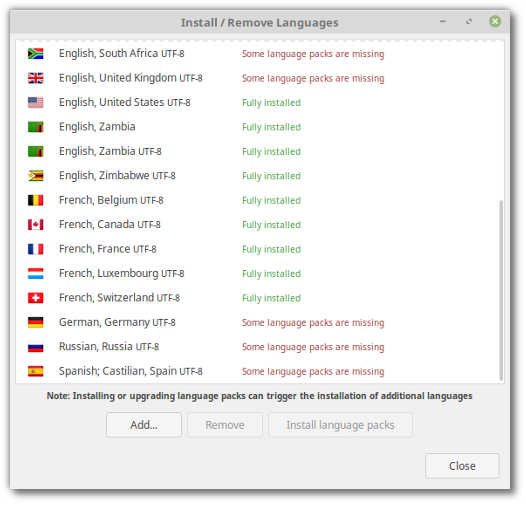 The "Input Methods" configuration tool was completely redesigned. In the past, you were presented with a list of input methods and you could choose the ones you wanted to install. This was a bit confusing to novice users. Not only did it install support for other languages than the one they wanted, but they often didn't know which input methods were relevant to their language.

This was changed in Linux Mint 18.1. Users now choose a language and the tool installs the appropriate input methods for it. 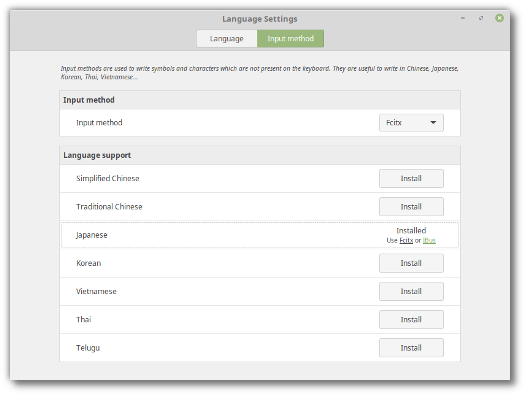 Thanks to a new collection of flags, the language settings now fully support HiDPI. 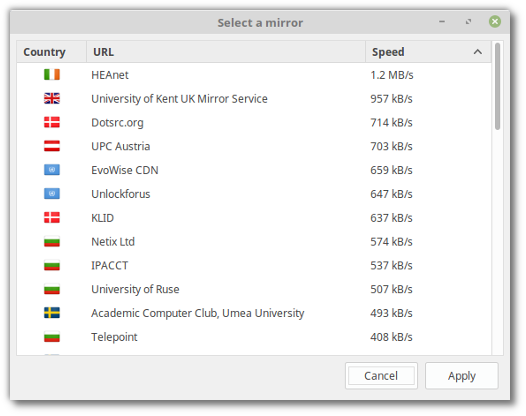 The MDM display manager, which is responsible for the login screen, received many technical improvements:

In the default software selection, Banshee was replaced with Rhythmbox.

Banshee was a great application but it suffered many regressions lately, due to lack of development upstream and its reliance on Mono.

Rhythmbox provides most of its features and we made sure it integrated properly with our various environments:

"folder-color-switcher" now supports theme inheritance. You can modify the color of your folders even if you're using Mint-Y or Mint-X-Dark. 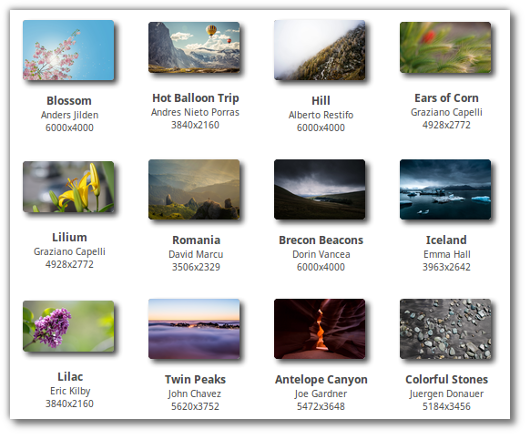