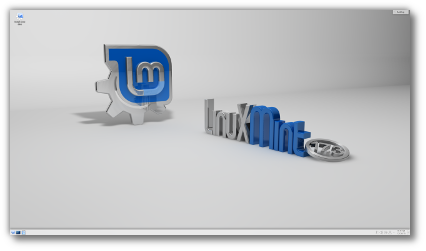 Can't boot? Use a previous release and upgrade instead

All four of them share the same base and they're all supported until 2019.

Upgrading from any of these releases to the latest one:

So if kernel 3.19 or the new Xorg/Mesa don't agree with your hardware and you find yourself unable to install Linux Mint 17.3, just download 17.1 or 17.2 instead and upgrade from there. You'll find yourself running 17.3 in no time, enjoying the latest features with the same hardware support as in the release you installed.

In previous releases, Linux Mint repositories had an APT priority of 700 (as opposed to 500 for Ubuntu, Debian and 3rd party repositories).

If you're upgrading from a previous release and you modified the default priorities, please revert your changes.

Once in Linux Mint, perform the following steps to install the NVIDIA drivers:

Note: If you're using an Optimus card, you've nothing more to do. Upon reboot, a systray icon should show up indicating which GPU is currently active. Click on it to switch GPUs.

To boot Linux Mint 17.3 on CPU which do not officially support PAE (Pentium M processors for instance), please use the "Start Linux Mint with PAE forced" option from the boot menu.

If you own an AMD CPU with an MSI card and your computer keeps rebooting, please check the following bug report: https://bugs.launchpad.net/ubuntu/+source/linux/+bug/1309578