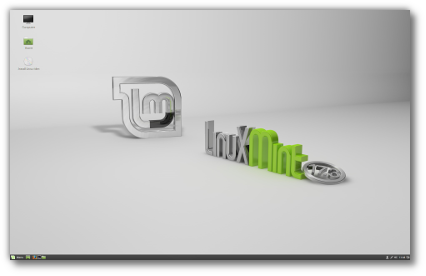 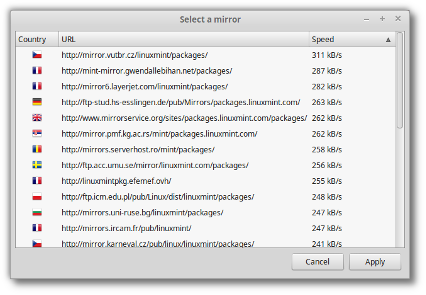 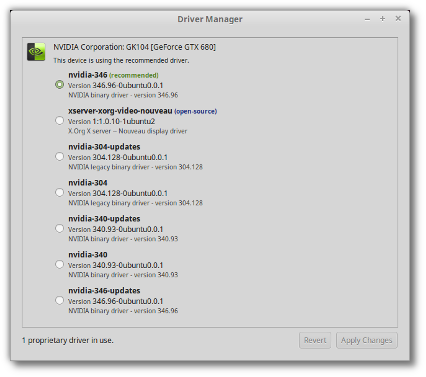 Thanks to Linux Scoop for making this video.

The sound applet was given a fresh new layout. The track information and media controls are now part of a new overlay which sits on top of the cover art. 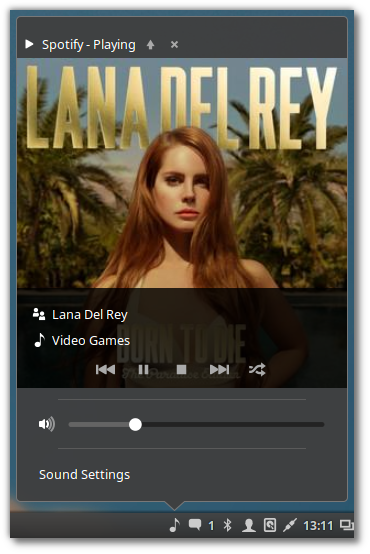 The sound applet and its fresh new look

For multimedia players which support seeking (Banshee for instance), a flat progress bar is also displayed underneath. This bar shows how far you are in the song, and you can of course interact with it to go to a different position.

Input controls, applications and output devices were moved to the right-click context menu. 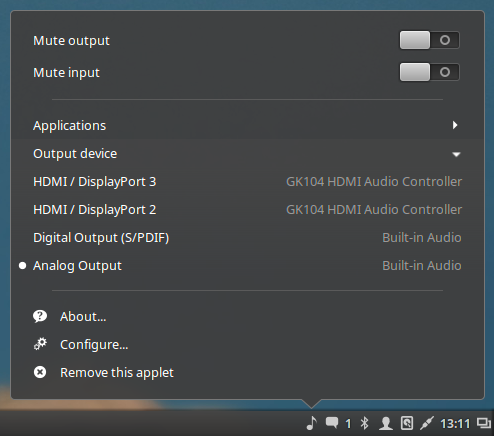 Output devices now show both their name and their origin, making it easier to distinguish between them when multiple audio devices are connected.

The power applet received many bug fixes and the way it detects and handles multiple batteries was significantly improved. 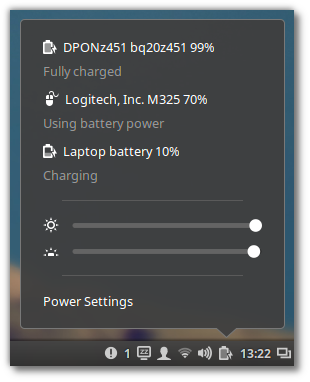 Connected devices and batteries are now displayed using the data provided by their manufacturer. In the screenshot above for instance, what was generically described as a “Wireless Mouse” in Cinnamon 2.6 is now described more accurately as a “Logitech M325”.

The workspace switcher showing a visual representation of the desktop

The workspace switcher applet is now able to show a visual representation of your workspaces, with little rectangles corresponding to each window inside of them.

If you don’t like indicators, you can turn this off in “System Settings” -> “General” -> “Enable support for indicators”. This results in forcing all applications which use indicators to fallback to using status icons.

Here are a few tips to recognize status icons and indicators:

Indicator support in the system tray

The screenshot above shows the Steam indicator. Notice how its menu is using Clutter widgets and following the Cinnamon theme. If you disable the support for indicators, Steam will use a traditional status icon instead.

Support for status icons in the system tray also received a lot of bug fixes, in particular for applications such as Pidgin, Shutter, Filezilla and Thunderbird.

The window list is now able to show window thumbnails.

This is configurable and it can be disabled in the applet preferences if you would rather just see tooltips.

The traditional animation effect for minimizing windows was fixed and it is now working with multiple panels.

Some polish and slight visual improvements were applied to both the classic and preview Alt-Tab application switchers.

Box pointers (the little arrows joining applet menus to the panel) received some attention and now look much better than before when close to the edge of the screen.

The display settings now show both the name of your monitors and the name of the output plug they’re connected to. These are known as “output names”. 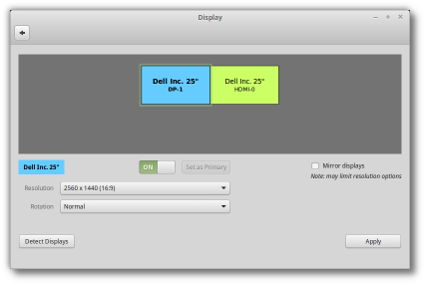 More information in the display settings

In the screenshot above we see for instance two identical Dell monitors, one connected via the DP-1 Display Port, and one connected on HDMI-0, the first HDMI port.

These are the same output names you can see when using xrandr and in the “Login Window” preferences to tell MDM which monitor to use to show the login screen.

In “Account Details” and “Users and Groups”, a strength indicator was added to the dialog window which lets you change passwords.

Support for multiple monitors was significantly improved. The mapping of new windows, dialogs, OSD info (such as the workspace names) was reviewed to make sure everything appeared in the right place and on the appropriate monitor.

Improvements related to frame synchronization which were implemented in Mutter (the GNOME Shell window manager) in cooperation with NVIDIA were ported to Muffin (the Cinnamon window manager). These changes should fix rendering issues with NVIDIA cards but could also have a positive impacts on ATI and Intel chipsets.

HiDPI detection was improved, in particular for TV screens over HDMI.

XRANDR support was significantly improved, many bug fixes were ported from Gnome Shell.

The Cinnamon Settings Daemon is more robust than before and shouldn’t crash anymore when one or some of its modules fail to load.

The Cinnamon logout sequence was reviewed and some changes were introduced to make it faster and to make it look smoother. The timeout for the session “EXIT” phase was reduced to 1 second, and the settings daemon and the window manager, which are respectively responsible for painting applications with the right GTK theme and for rendering window titlebars are now the last programs to die.

The calendar applet used to wake up the CPU every second even if seconds weren’t shown. This was fixed and further reduces idle CPU usage.

The absence of disk cache was identified as the reason why the first Cinnamon session after a shutdown/reboot was significantly slower to load than any subsequent session. To tackle this issue, Cinnamon 2.6 introduced “preloading”, which goal was to initialize parts of Cinnamon in the background, while you were busy typing your password at the login screen. Thanks to your feedback and testing done on a wider variety of hardware, “preloading” was reviewed in Cinnamon 2.8. Although it helped in reducing the most costly steps involved in the initialization of a Cinnamon session, the gains were unfortunately marginal. Preloading also proved to slow down the startup sequence, and in particular the loading of the login screen. It was therefore removed from Cinnamon 2.8.

“Quick-Rename” landed in Nemo. This feature, which is probably most appreciated by Windows users, consists in renaming files and directories by clicking them, waiting a bit and clicking them again. Quick-Rename is disabled by default. To enable it in Nemo, click on “Edit”->”Preferences”->”Behavior”->”Click twice with a pause in between to rename items”.

Nemo now automatically detects issues related to thumbnails and allows you to quickly fix them (you’re prompted with a password dialog when this requires administration privileges). 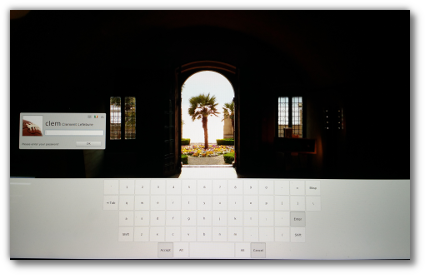 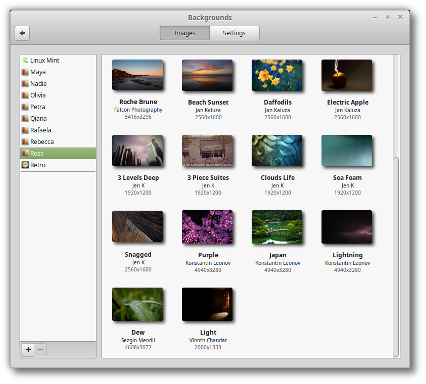 The screen reader "Orca" is now installed by default.

Nemo-preview is now installed by default. To preview a file, simply select it and press the space bar.

Input Methods are now handled by mintlocale, which replaces im-config in the menu.