Linux Mint 17.1 is a long term support release which will be supported until 2019. It comes with updated software and brings refinements and many new features to make your desktop experience more comfortable to use. 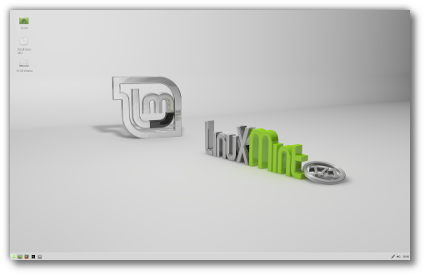 Out of the box support for Compiz

Among the various window managers available for Linux, Compiz is certainly the most impressive when it comes to desktop effects.

There's nothing quite like a rotating cube to catch everybody's attention. 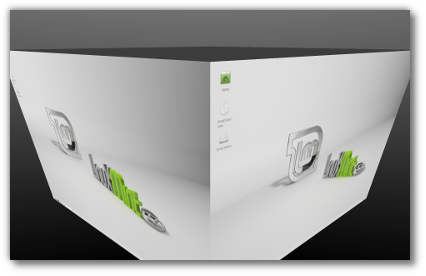 Of course, Compiz isn't just about the "wow" factor. It's also a very capable window manager. When properly installed and configured it can rival the best and bring your Xfce desktop on par with more recent desktops such as Cinnamon. 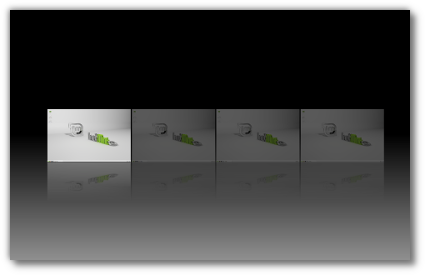 Using the "Desktop Settings", you can switch back and forth between the two window managers. To try Compiz, run Menu->Desktop Settings->Windows and choose Compiz. Log out and log back in for changes to take effect. 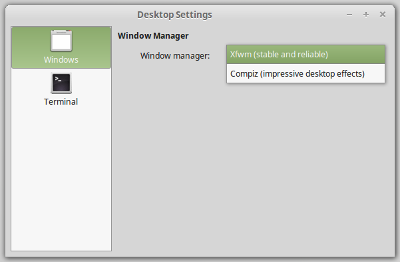 By default, Compiz is configured with the following keybindings:

CompizConfig is also installed by default so you can configure every aspect of Compiz to your liking.

If things go wrong, remove ~/.config/compiz-1 for Linux Mint to regenerate it automatically.

The Update Manager now groups packages together according to their source package. A line no longer represents a single package but a software update which consists in one or several packages.

When a developer fixes a bug or writes new features, the source code is modified and all packages which are related to it become available under a new version. It is therefore futile and sometimes dangerous to apply some package updates and not others within the same source package. 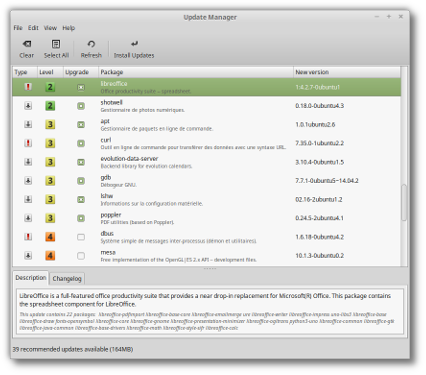 By grouping these updates the Update Manager prevents you from applying incomplete updates while making it easier for you to review them (updates make more sense and there's far less than before to review). 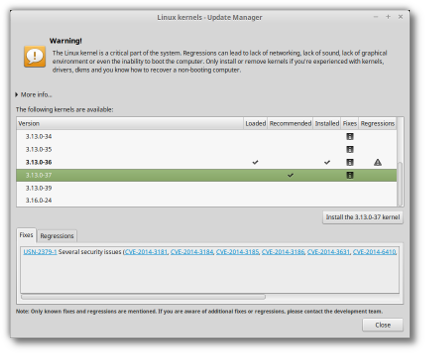 Kernel selection in the Update Manager

The main window no longer hides after installing updates.

Proxy support was added for the retrieval of changelog information.

The user interface of the Language Settings was redesigned to show more information but in a simpler way: 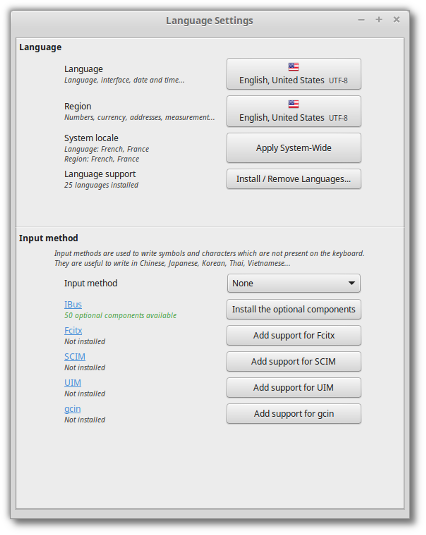 Support for Input Methods was also added. This is important to people who want to write Chinese, Japanese, Korean, Thai, Vietnamese and a few other languages which require characters or symbols which aren’t present on the keyboard. The Language Settings now let you choose and install your input method. The interface also tells you if required components are missing (typically if you’re missing a package for things to work correctly).

The Login Window Preferences were redesigned: 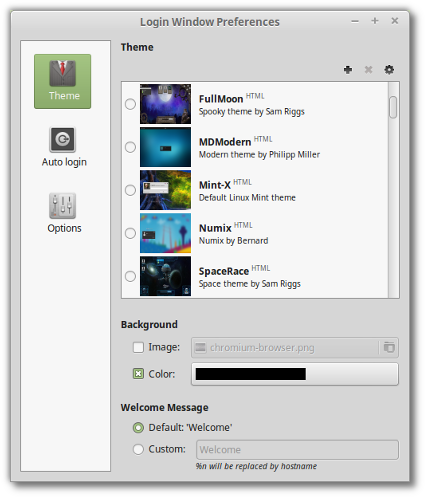 The new layout features icons in the sidebar to access the different categories of settings.

The concept of "greeters" was confusing to users so it was replaced by a simpler theme selection. All themes (HTML and GDM) as well as the GTK greeter are now available from the same list.

A preview button, to quickly visualize the active theme, was added.

Under the hood improvements

The session output is now limited to 200KB (between 2000 and 4000 lines of logs), to prevent warning spam issued by toolkits, libraries or programs from filling up the .xsession-errors file, sometimes resulting in loss of performance, lack of HDD space, or the inability to log in.

The session output can also be filtered, to prevent warnings and errors from GTK, Glib, Gio, Gobject, Glade etc… from getting into .xsession-errors.

In the login screen, touchpad taps are now disabled while the user is typing.

Linux Mint now uses the Noto fonts by default. They're good looking and provide better support for some languages (CJK in particular).

The default MDM theme for the login screen now features a slideshow. Additional HTML themes were also installed by default, including some of the great retro-looking themes from Sam Riggs, a new modern theme from Philipp Miller and some flat themes from Bernard. 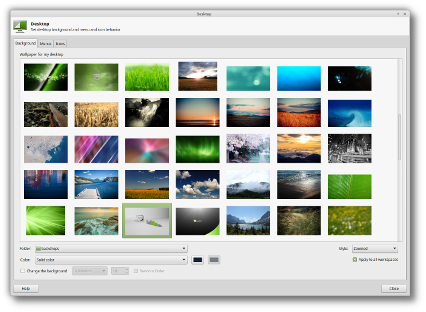 All the backgrounds since the previous LTS

Finally, there are backgrounds galore in Linux Mint 17.1. All the backgrounds since the previous LTS (Maya, Nadia, Olivia, Petra, Qiana) were added, as well as a nostalgic selection of the best backgrounds from the early days of Linux Mint. You'll even find the notorious Dew background from Linux Mint 7 Gloria in there :)

The USB Image Writer now shows the percentage of completion in its titlebar, so you can minimize it while it's working and see its progress without having to switch back to it.

The Software manager now warns the user much more explicitly than before when an operation is about to remove other packages.

The Software Sources tool now checks the speed of repository mirrors much faster than before and in parallel. It also uses a retry mechanism on timeout and removes erroneous mirrors from the list.

The English version of the Official User Guide was ported to DocBook and is now available from Menu->Help. PDF versions in multiple languages are also still available at https://www.linuxmint.com/documentation.php

Until 2016, future versions of Linux Mint will use the same package base as Linux Mint 17.1, making it trivial for people to upgrade.