Linux Mint 10 KDE comes with updated software and brings refinements and new features to make your desktop even more comfortable to use. 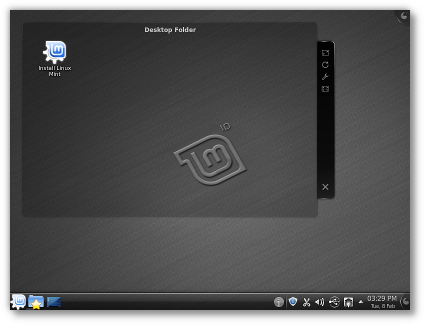 This edition comes with the latest and recently released KDE 4.6!

The Software Manager gives you a nicer browsing experience, with a better categorization of software and the use of application icons. 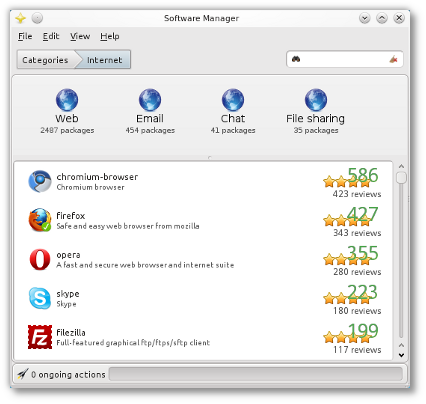 Application icons in the Software Manager

If you're not interested in receiving updates for a particular package, simply right click on it and tell the Update Manager to ignore updates for this package. The package will then be added to your "ignore" list and you won't receive any updates for it in the future. 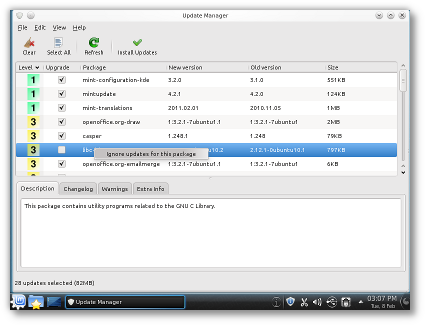 Ignoring updates for a particular package in the Update Manager

The Update Manager now also shows you the size of your selected updates, so you know how much data you're about to download.

The Upload Manager isn't for everybody, but it's extremely handy for developers and administrators and it received many improvements in Linux Mint 10.

If services are defined, the system tray icon is now launched automatically at startup by Linux Mint. The "File Uploader" was also merged with the "Upload Manager".

You can now test a connection while defining it by pressing the "Check connection" button. 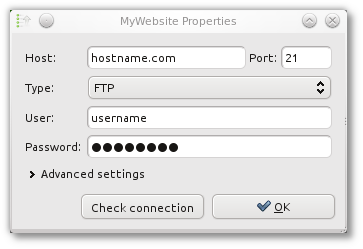 Upload services are easier to setup.

Uploads can be cancelled or run in the background.

The upload dialogs were improved and now look similar to the Firefox download dialogs. They measure the upload speed and calculate an ETA.

File uploads now show speed, ETA and can be cancelled or run in the background.

Adobe Flash: Linux Mint comes with the latest Adobe Flash "Square", running in full 32-bit or 64-bit (depending on your edition of Linux Mint) native mode. This plugin is faster than its predecessor, especially in full-screen.

Oracle Virtualbox: A new metapackage called "virtualbox-nonfree" was introduced. This package points to the non-open-source version of Virtualbox and provides USB support.

Highlight: The "highlight" command, used by "apt" is now faster and more reliable.