Based on Kubuntu 8.10 Intrepid Ibex, Linux 2.6.27, KDE 4.2 and Xorg 7.4, Linux Mint 6 "Felicia" KDE Community Edition comes with a brand new "Software Manager", FTP support in mintUpload, proxy support and history of updates in mintUpdate, mint4win (a Linux Mint installer for Microsoft Windows), and a lot of other improvements. 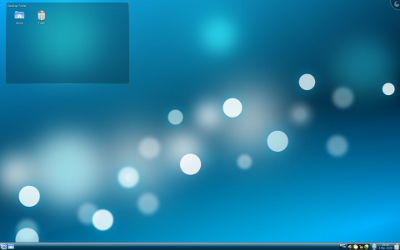 Highlights: The latest and shiniest KDE desktop and applications

And it also comes bundled with Amarok 2.0: 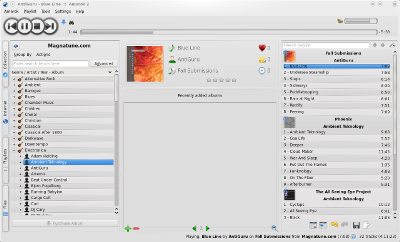 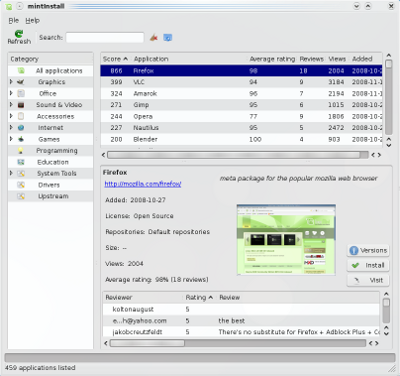 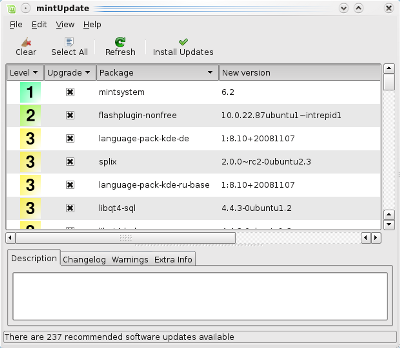 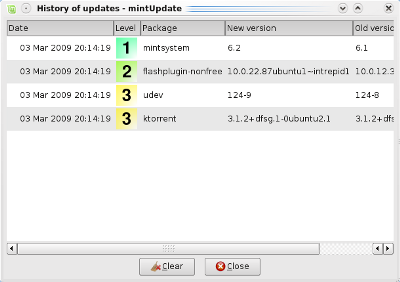 MintUpload is the little tool which pops up when you right-click on a file and select "upload". Until now mintUpload was mostly used as a way to share files by uploading them to a public place somewhere on one of Linux Mint's servers and by sending the corresponding URL to friends and family members (or to anybody really..). Some people also bought Mint-Space accounts and were able to set up mintUpload to add an additional upload service to it. These people could then share files in a similar manner but instead of using a public storage space and being limited to 2 days, they could use their 1GB of Web space and have their files kept there indefinitely.

Initially mintUpload was designed with novice users in mind, people who wanted to share large files with each others and who didn't know what FTP meant or where to get free web space to store them. After gathering some feedback, we've come to realize that mintUpload also got popular with experienced users, people who even had their own FTP accounts and wanted a quick way to upload files to it without launching an FTP client. So we added FTP support to MintUpload by defining another type of service and letting the user define his own FTP services. 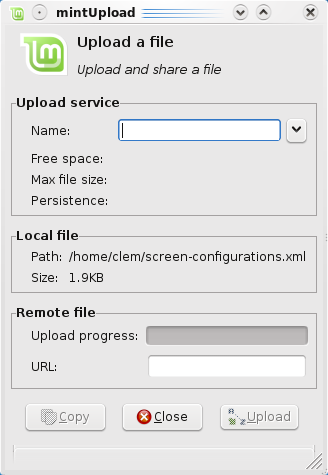 Here's an example of an FTP upload service:

The "path" is optional, it lets you define where within your FTP service you want the files to be uploaded. In this example we're not uploading them in the root folder, but within a directory called "myuploads".

One of the features Mint has been lacking as a family desktop is the ability for parents to prevent their children from accessing certain websites. Parental control is easy to set up in Microsoft Windows and we got a lot of feedback from people who migrated to Linux and who missed this feature. Of course one could install DansGuardian and a few other packages but it's not easy, it usually requires the use of a proxy and it's also quite complex to configure. For Linux Mint 6 we came with a compromise and we decided to implement a minimal set of features but to make it as trivial to use as possible. So here comes mintNanny. 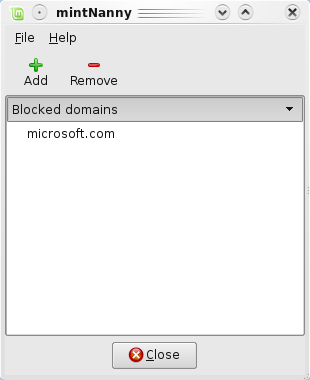 MintNanny is a small graphical interface which lets you "block" domain names. You can't block domains for particular users or particular programs, the block is for everyone on the computer and for any protocol. When you "block" a domain in mintNanny it basically adds an entry to your /etc/hosts file and defines that domain's IP address as being 0.0.0.0. This results in your computer not being able to communicate with the domain anymore. So if there are domains you really don't want your children to have anything to do with, put them in mintNanny. 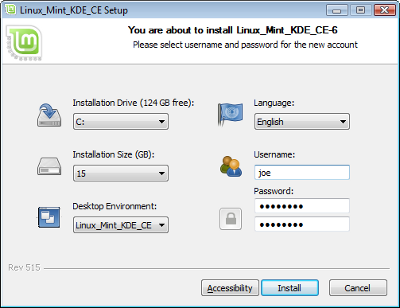